Autophagy is dedicated to the synthesis of new drugs for the treatment of neurological disorders including Lou Gehrig’s disease, also known as amyotrophic lateral sclerosis or ALS, multiple sclerosis, Parkinson’s disease, Alzheimer’s disease to name a few.

Autophage is also on the brink of finding novel medicines for the treatment of incurable cancers such as triple negative breast cancer, castration resistant prostate cancer, kidney cancer, pancreatic cancer and more.

We are a dedicated team based in Spokane Washington with a passion for eliminating neurodegenerative diseases, cancer and addiction. We are striving to create new medications to prevent and treat devastating diseases, rejuvenate families stricken with these diseases and make the world a better place.

Travis’s focus is on medicinal chemistry. Travis uses this skillset to build new therapies (drugs) using chemistry approaches. Think of a drug as a cool sculpture you or your child has built with Legos, tinker toys or in Minecraft. Each sculpture is made up of the same building blocks, but the number of sculptures one can make is nearly endless. This is what we do. We use a sculpture that already has a purpose (like a drug that can relieve symptoms of Alzheimer’s disease), partially take the sculpture apart and rebuild it a little bit differently. Then we test to see if it is better than the original. If it is better, we make sure to record how we did it and then try again, by using the same size bricks but of a different color, etc. or by modifying a different part of the sculpture, etc.

By being “molecular architects,” there really is no limit to the human diseases we can fight. But there is only so much time in the day, and the true passion of the lab is finding a cure for untreatable cancers, neurodegenerative diseases, nicotine addiction, and understudied metabolic disorders.

As for Travis personally, he was born in Honolulu, Hawaii (Air Force family), moved from there to Vacaville, California, then to Wenatchee, Washington, Tacoma and finally Moses Lake, Washington, where he spent most of my growing up (from third grade on). Travis went to Peninsula Elementary followed by Frontier Junior High School and graduated from Moses Lake High School. He then went to College at Central Washington University as a pre-med major. But, once he started doing synthetic medicinal chemistry in the lab of John M. Gerdes in the Department of Chemistry, he was hooked! Dr. Gerdes, Mark Walker and Travis turned a storage lab into the place where he began his journey by making quinolynoylphenylalkylamines as serotonin transport (SERT) inhibitors. Dr. Gerdes is now a Research Associate Professor of Medicinal Chemistry at the University of Montana. GO GRIZ!!!!!!!

After graduating with a Bachelor of Science in Chemistry Travis moved to the medicinal chemistry lab of Charles M. Thompson at the University of Montana where he learned about the glutamate neurotransmitter system including the complexities of the excitatory, tripartite synapse, glutamate transporters, receptors, synaptic vesicles and the glutamate-glutamine cycle. This is where he described some of the first pyroglutamate analogues as EAAT2 (GLAST) uptake inhibitors and published Synthesis and Preliminary Evaluation of trans-3,4-Conformationally-Restricted Glutamate and Pyroglutamate Analogues as Novel EAAT2 Inhibitors. Additionally, Travis was trained in organophosphorus chemistry and became affiliated with Dr. Palmer Taylor of the University of California San Diego, Dr. Arthur J. L. Cooper, Gary Gibson, and colleagues at the Weill Cornell College of Medicine where they collaborate on the study phosphonate analogues of the TCA cycle in regard to Alzheimer’s disease and glutaminolysis.

After graduate school, Travis did a post-doc with John R. Cashman at the Human Biomolecular Research Institute in San Diego, California. This is where he began researching cytochrome P-450 2A6 (the main nicotine metabolizing enzyme in humans) inhibitors as nicotine cessation agents.

Next, Travis went back to the University of Montana to study carbohydrate chemistry under the tutelage of Dr. Donald E. Kiely. In his role as a post doc in the Shafizadeh Center for Wood and Carbohydrate Chemistry, Travis learned about the aldohexoses and aldopentoses, especially their oxidation to aldaric acids utilizing semi-catalytic nitric acid, patented in the Kiely lab at the U of M. These aldaric acids are used as co-monomeric units of polyhydroxypolyamides, or hydroxylated nylons. These polymers have a very large set of applications including what Travis still studies such as antimicrobial properties, biodegradability, the ability for form composite materials with other biobased polymers to increase the antimicrobial and /or biodegradable properties and as polycationic agents to be used as non-toxic gene transfection reagents.

After Missoula, Travis moved back to the beautiful state of Washington and took an Assistant Professor position at Eastern Washington University teaching organic chemistry and the general, organic and biological chemistry series for health science majors and training undergraduates in synthetic medicinal chemistry, chemical biology, carbohydrate and polymer chemistry and molecular biology. While at EWU Travis had a wonderful group of undergraduate students who presented their research more than 85 times at International, national, regional and local meetings. These students are now practicing nurses, pharmacists, medical doctors, doctors of osteopathic medicine, dentists, dental hygienists, post-doctoral fellows, managers in industry (pharmaceutical companies, computational software, etc.) and more! Nothing makes Travis more proud than \ll the brilliant students he was lucky to mentor while they were undergraduates!

Besides being the founder of Autophage, Travis has an active research lab at WSU and is always recruiting new talent. If you are in college nearby (Gonzaga, Whitworth, Spokane Community College, Spokane Falls Community College, EWU, etc.) we’d love to teach you some chemistry and how to treat devastating diseases of the human body. 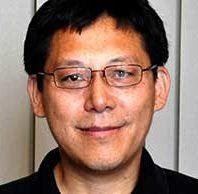